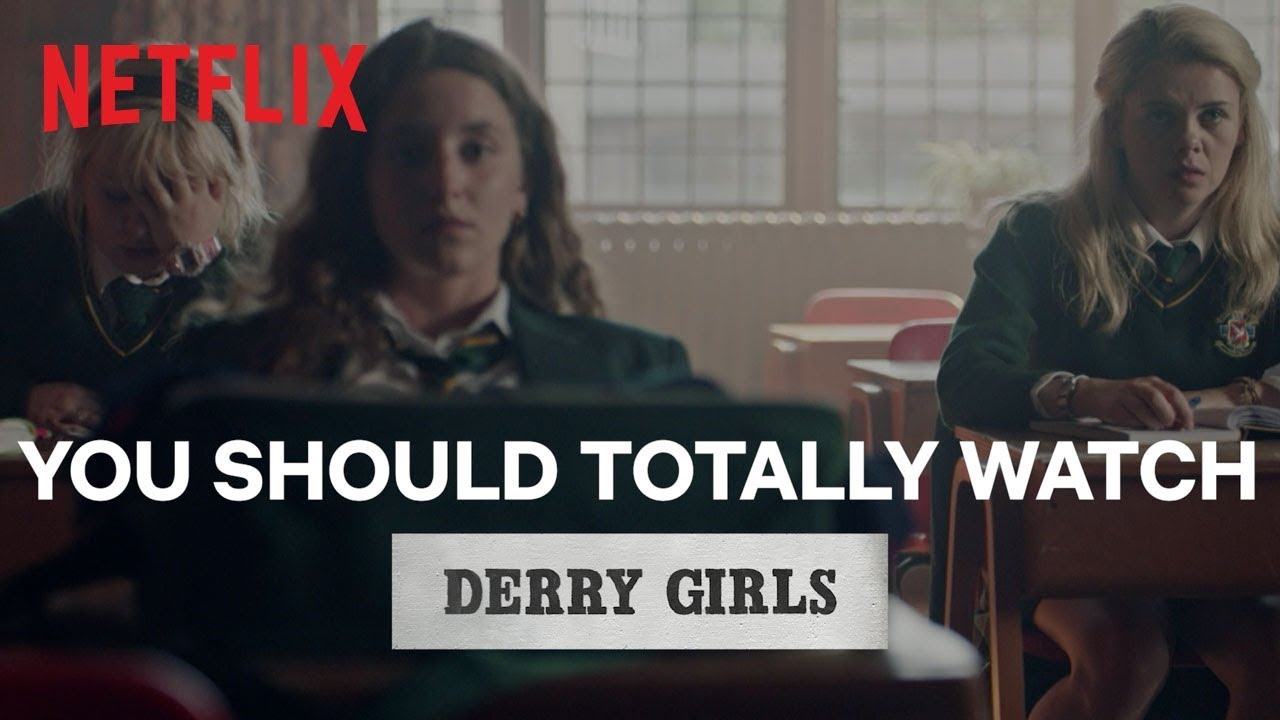 You should totally watch…Derry Girls. Northern Ireland had its troubles in the 1990s. But being a teenager has been difficult since the beginning of time. Season 1 (6 episodes) is now streaming.

Amidst the political conflict of Northern Ireland in the 1990s, five high school students square off with the universal challenges of being a teenager.