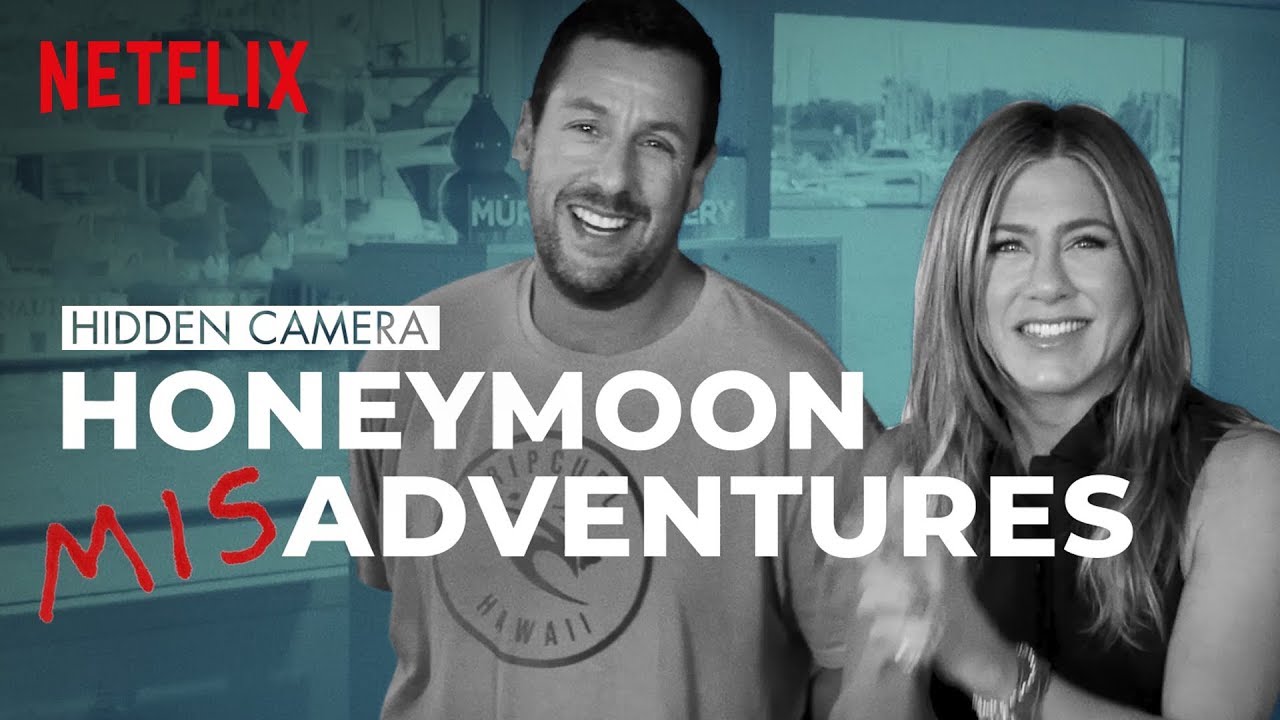 Similar to Nick and Audrey in Murder Mystery, Chris and Cheryl Saroka never got a chance to go on their honeymoon. When Netflix approached Chris about creating a fake honeymoon to trick his wife (with the help of Adam Sandler and Jennifer Aniston as accomplices) he was all in. We set up hidden cameras and put the couple in some super stressful situations. If they can survive all the honeymoon mishaps, there’s a big surprise waiting for them.

On a long-awaited trip to Europe, a New York City cop and his hairdresser wife scramble to solve a baffling murder aboard a billionaire’s yacht.