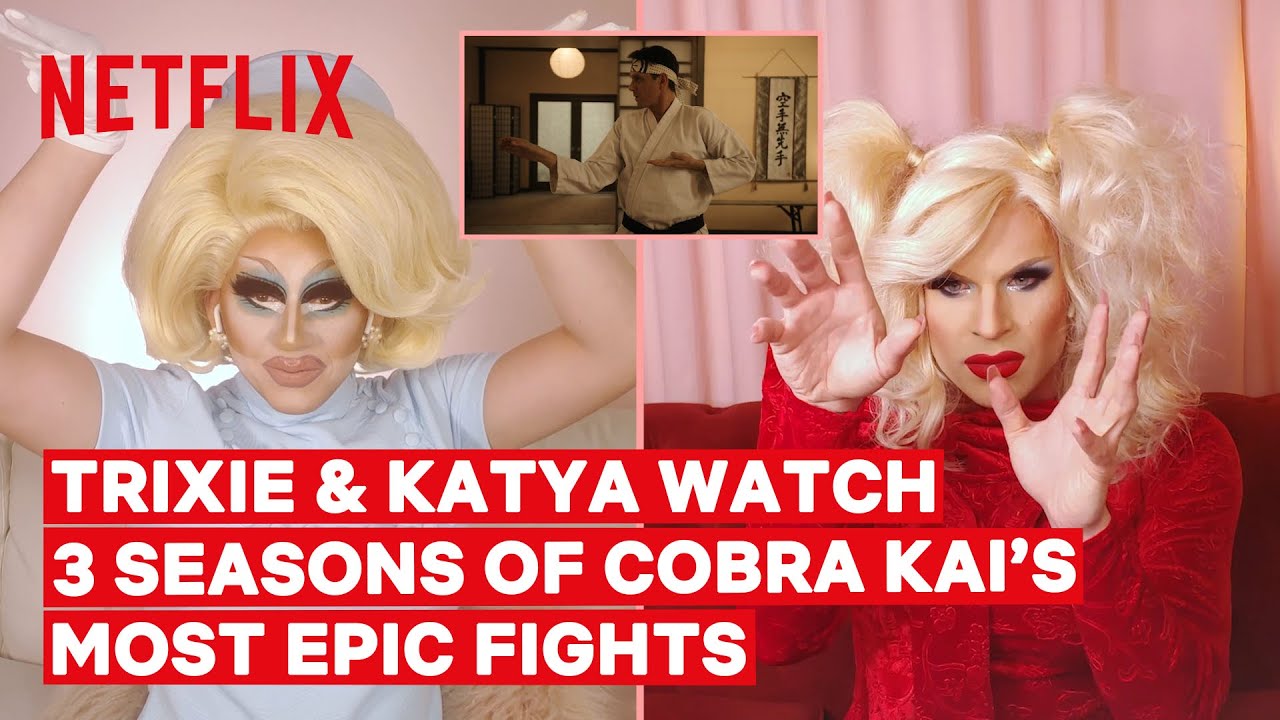 Drag queens Trixie Mattel and Katya react to epic fight scenes from all 3 seasons of Cobra Kai on Netflix, in this new episode of “I Like to Watch”.