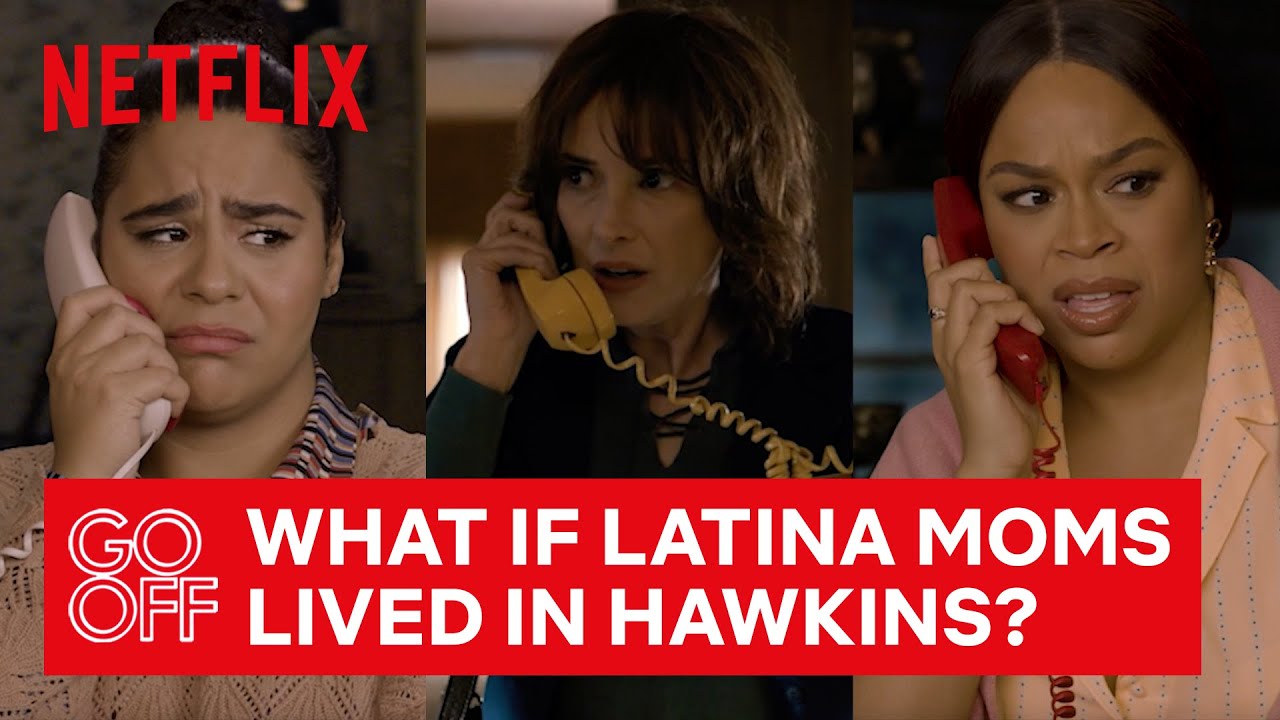 What if Latina moms lived in the Stranger Things town of Hawkins, Indiana? Well, there would be less bike riding and a lot more chisme.

Produced by Netflix’s Con Todo, “Go Off” is a comedy sketch web series co-hosted by Netflix stars Jessica Marie Garcia (On My Block) and Julissa Calderon (Gentefied). Jess and Julissa – along with special guests – hilariously enter the world’s of some of our biggest titles through the lens of sketch comedy.

If Latina Moms Were In Stranger Things | Go Off
https://youtube.com/Netflix