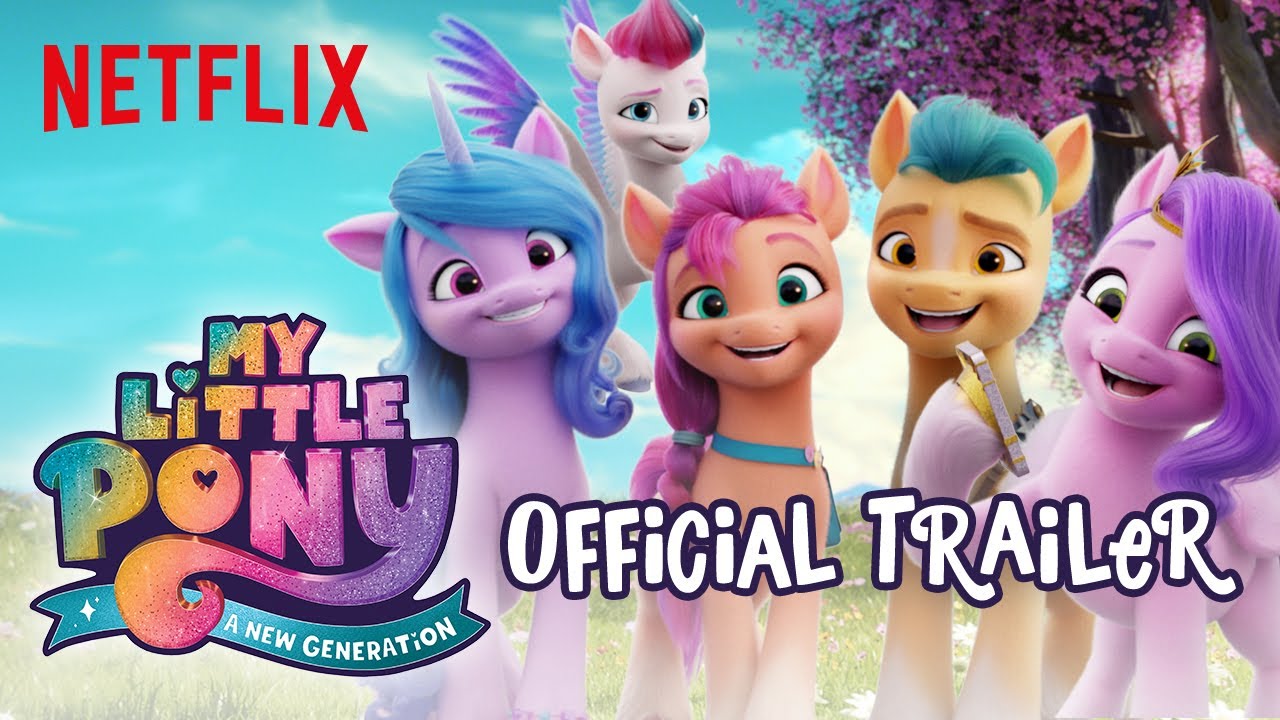 Once upon a time, ponies, pegasi and unicorns all lived in harmony, but those days are no more. When a happy-go-lucky unicorn wanders into Maretown, Earth Pony “Sunny” and her new friends set out on an adventure to restore magic and friendship to all of Equestria! Join a new generation of ponies as they set out on an adventure to prove that friendship is for every pony, and our sparkle is brightest when we shine together!

My Little Pony: A New Generation only on Netflix September 24: https://www.netflix.com/title/81424207

Equestria’s divided. But a bright-eyed hero believes Earth Ponies, Pegasi and Unicorns should be pals — and, hoof to heart, she’s determined to prove it.