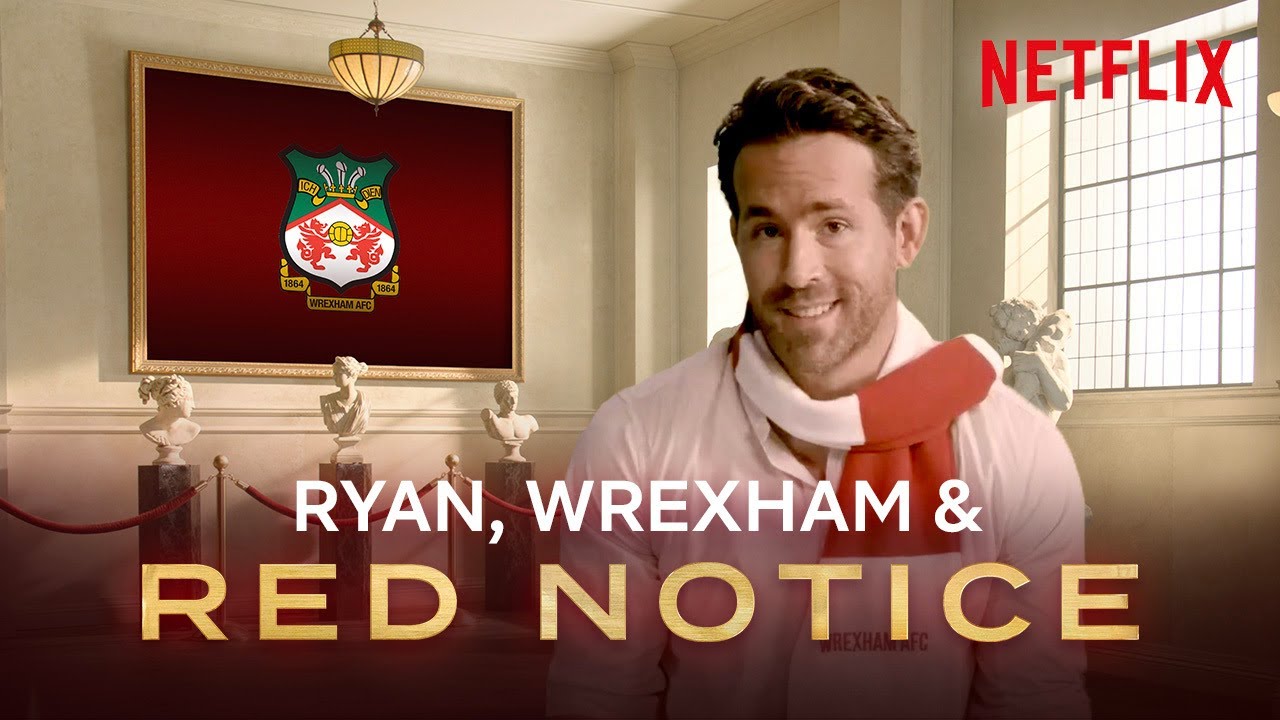 Ryan Reynolds addressing those ridiculous rumours that he can’t get through a film promo without mentioning his football club Wrexham AFC. In this case, it’s a Wrexham Love-In

In case you actually wanted to know about Red Notice; An Interpol-issued Red Notice is a global alert to hunt and capture the world’s most wanted. But when a daring heist brings together the FBI’s top profiler (Johnson) and two rival criminals (Gadot, Reynolds), there’s no telling what will happen.

Watch Dwayne Johnson, Ryan Reynolds, and Gal Gadot in RED NOTICE, on Netflix. Available with Welsh subtitles for the first time ever
https://www.netflix.com/title/81161626

An FBI profiler pursuing the world’s most wanted art thief becomes his reluctant partner in crime to catch an elusive crook who’s always one step ahead.