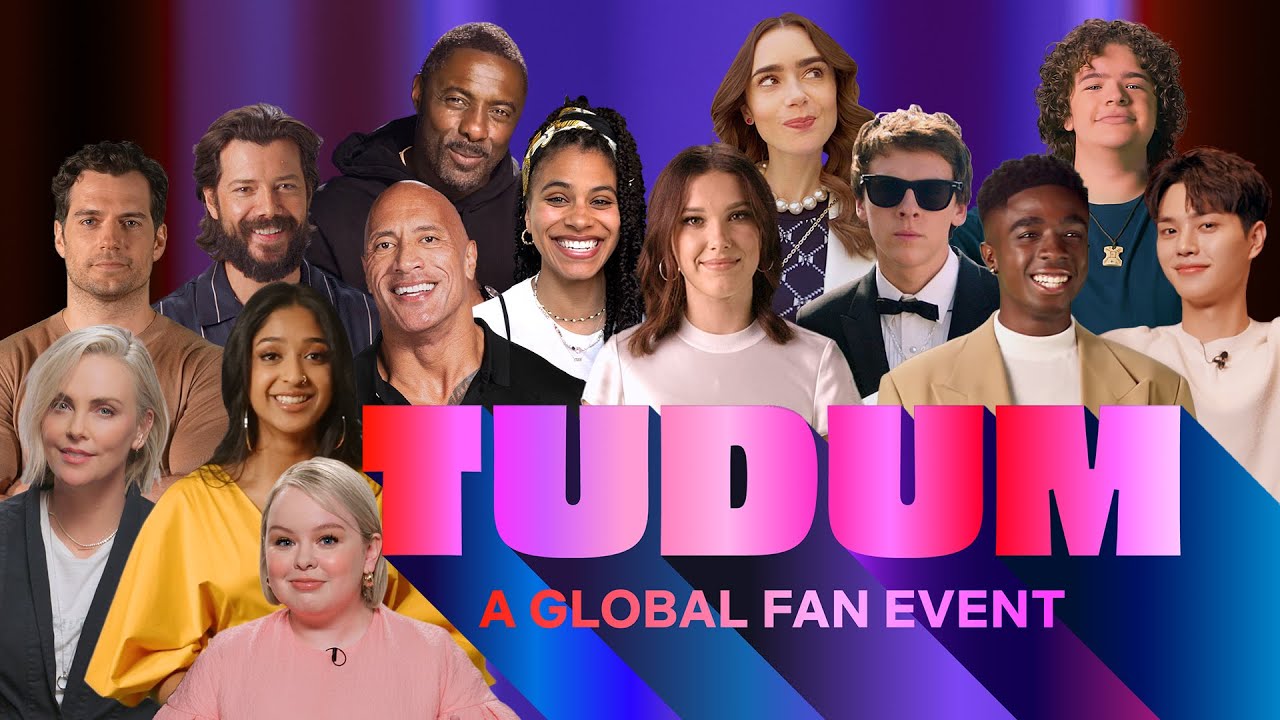 Prefer a different language? Turn on our subtitles.

TUDUM. What’s that? You know it when you hear it – you just rarely see it spelled out. TUDUM is the first beat you hear when you watch a show or movie on Netflix. And it’s the inspiration behind our inaugural “TUDUM: A Netflix Global Fan Event.”

Netflix’s biggest stars and creators from around the world are on the virtual stage for an exciting day full of exclusives and first looks. It’s our first ever global TUDUM event, and our goal is simple: to entertain and honor Netflix fans from across the globe.