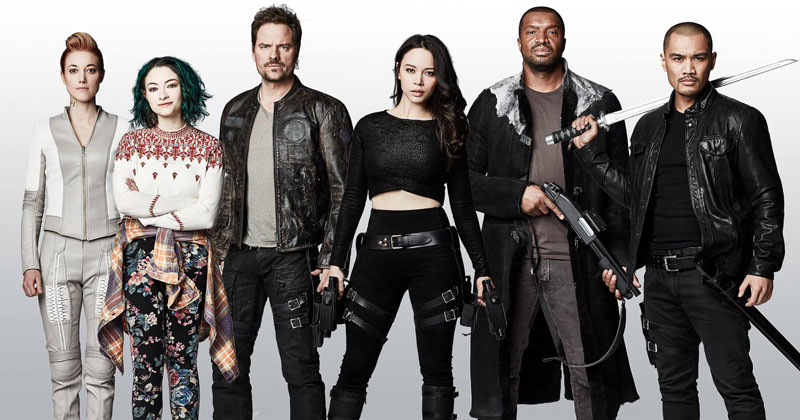 One of our favorite TV shows DARK MATTER has been cancelled by the SYFY network meaning that the just finished airing of season 3 of the show could be the last we see of the crew of the Raza.

However there is still the possibility of a season 4 (and more) according to Joseph Mallozzi the shows executive producer and co-creator.

DARK MATTER is not a SYFY network original, it is an aquisition, so the makers of the show are now trying to get it picked up by another network or streaming platform – hello Netflix are you out there?

DARK MATTER fans worldwide are being asked to do their part by making a noise and tweeting their love for the show with the hashtag #TeamRaza and @Netfilx. They would also like fans to watch episode one of DARK MATTER on Netflix on Friday 8 Septemberand start re-watching episodes of the show on Netflix to show the demand is there.

Lets hope DARK MATTER does get picked up for a fourth season and more and don’t forget DARK MATTER: AFTER DARK the aftershow we all love too.