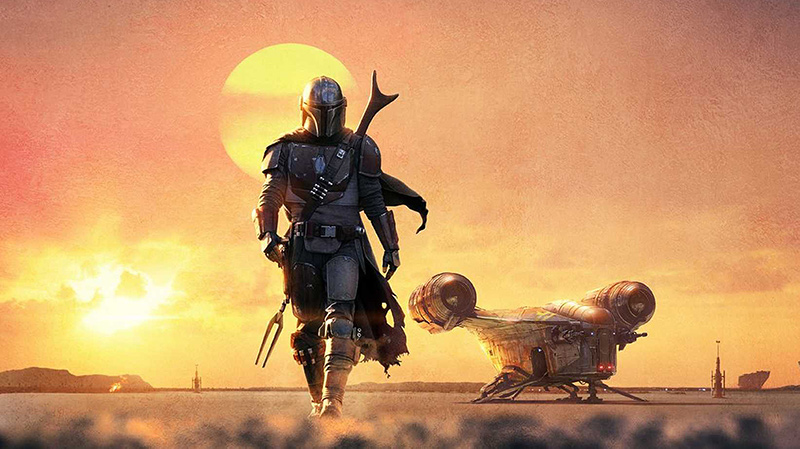 The Mandalorian is possibly the best installment in the Star Wars franchise, not to mention one of the best TV shows around at the moment.

Starring Pedro Pascal as The Mandalorian, this new installment brings us a fresh approach to the typical Star Wars feature. First of all it is the first live action Star Wars TV show instead an animated series. Second, this is a completely different story approach, when compared to the same old Star Wars story trilogy rehashed for a second time round.

The Mandalorian is set after the fall of the Empire, during the reign of the New Republic, before the First Order. The story focuses on a bounty hunter known as a Mandalorian, who is initially tasked to collect a bounty on a Yoda type child, but he quickly betrays the bounty and becomes the child’s protector. With this as the premise, each of the eight episodes will act as an individual story with this underlying story arc, except for the final two (episodes 7 and 8) which are a two part story. To my surprise, although the premise of The Mandalorian story is tied to a Jedi related subject, it is surprisingly minor in each episode.

We also get to see a variety of various aspects from a different perspective which are normally in the background of the regular Star Wars features. On top of that, it was also very interesting to see Star Wars without Jedi, or at least almost. I’ve always felt that there is this whole universe created for the Star Wars stories, which often gets overshadowed by the Jedi and the grand plan of whether good or evil will win. But in this series we are taken on a different journey with only hints of it in the underlying story.

The series is estimated to have cost around $100,000,000, with each episode reported to have cost 12.5 to 15 million dollars per episode. For a TV show, that really is a big budget, and they certainly put it to good use.

The visual effects were incredible and realistic, matching the CGI of the biggest Hollywood movies. I have to say I am really enjoying this trend of big budget TV shows to push the limit to movie level stuff. As with The Mandalorian, you feel like you are watching a really long movie with a story that isn’t crushed into an hour or two. It lasts longer and you get to see more.

But a good show is not just about its story or the CGI, it’s also about the cast. In this case I was very impressed, as the creators chose well. Each episode was its own story, and therefore they had their own cast. This resulted in the show having many roles to be filled, even if they were one off parts. The exception was the lead role of the Mandalorian (Pedro Pascal), with main recurring roles played by Carl Weathers, Gina Carano and Nick Nolte.

On top of that, there were even a few times where I could not believe I was recognising some of the actors and actresses all in one short TV show. Mostly it is quite rare for that to happen, but if you know the faces or in some cases the voices, then it really adds to the enjoyment.

It looks like a second season has already been approved with filming already underway before the first season was even released. Jon Favreau the show’s creator shared on his Instagram a photo from the set of season 2 with the message “Greetings from the set of #TheMandalorian season 2” on November 13th.

The first season has already been aired on Disney’s new streaming platform Disney Plus in the US, and is set to be released to the UK on 31st March 2020.

Personally I prefer The Mandalorian to the movies. It is like watching a really long Star Wars movie, filled with action and adventure, that doesn’t end too soon. Focusing on non-Jedi leads and exploring the Star Wars universe from a different perspective was a nice touch, and for me made it more enjoyable. Plus I am pleased that they cut the moralistic good and evil part out, as I do sometimes get a bit fed up with that in the movies. This certainly is not your typical Star Wars viewing, so don’t approach it expecting the same thing, otherwise you will be disappointed.