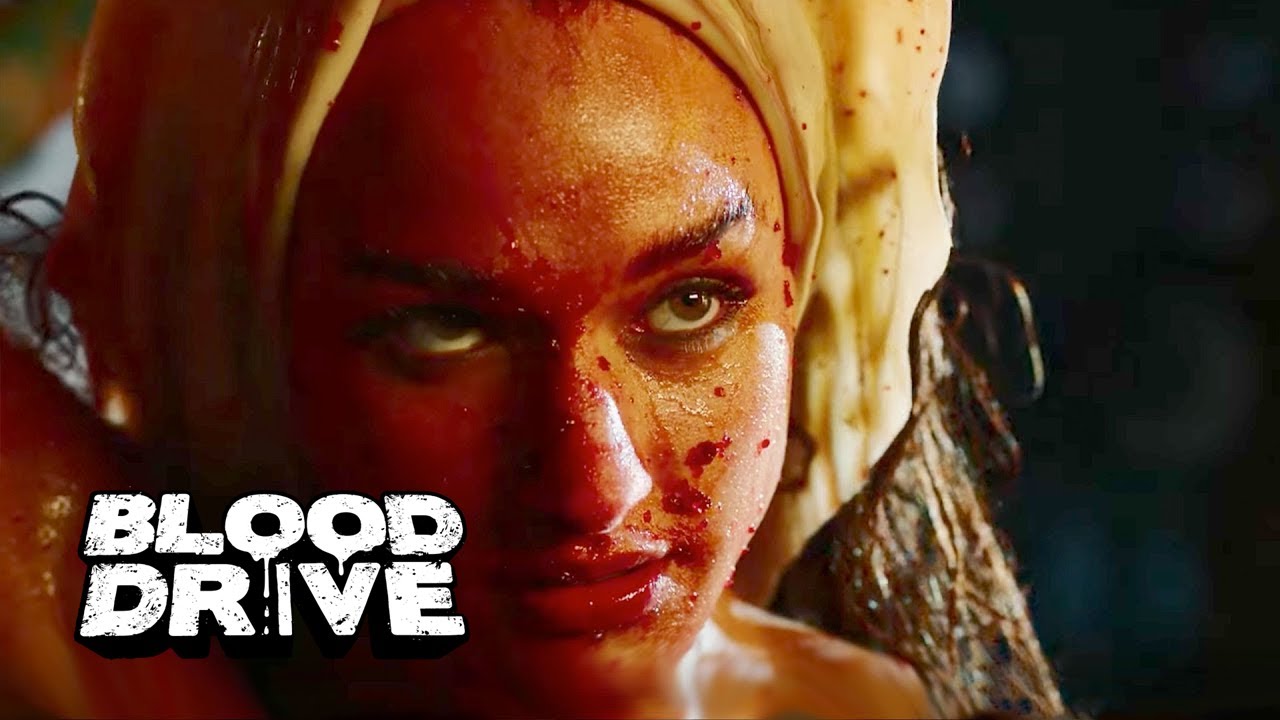 On Blood Drive Season 1, Episode 11: The greatest show on earth! Some bad Karma, and the rise of The Primo. and WTF went down in episode 11 of Blood Drive?

BLOOD DRIVE – Season 1, Episode 11: The Rise of Primo It’s a battle royale to name the new head of the Blood Drive, and, naturally, not everyone survives. More About Blood Drive: Los Angeles 1999 – The Future: where water is a scarce as oil, and climate change keeps the temperature at a cool 115 in the shade. It’s a place where crime is so rampant that only the worst violence is punished, and where Arthur Bailey — the city’s last good cop — runs afoul of the dirtiest and meanest underground car rally in the world, Blood Drive. The master of ceremonies is a vaudevillian nightmare, The drivers are homicidal deviants, and the cars run on human blood.