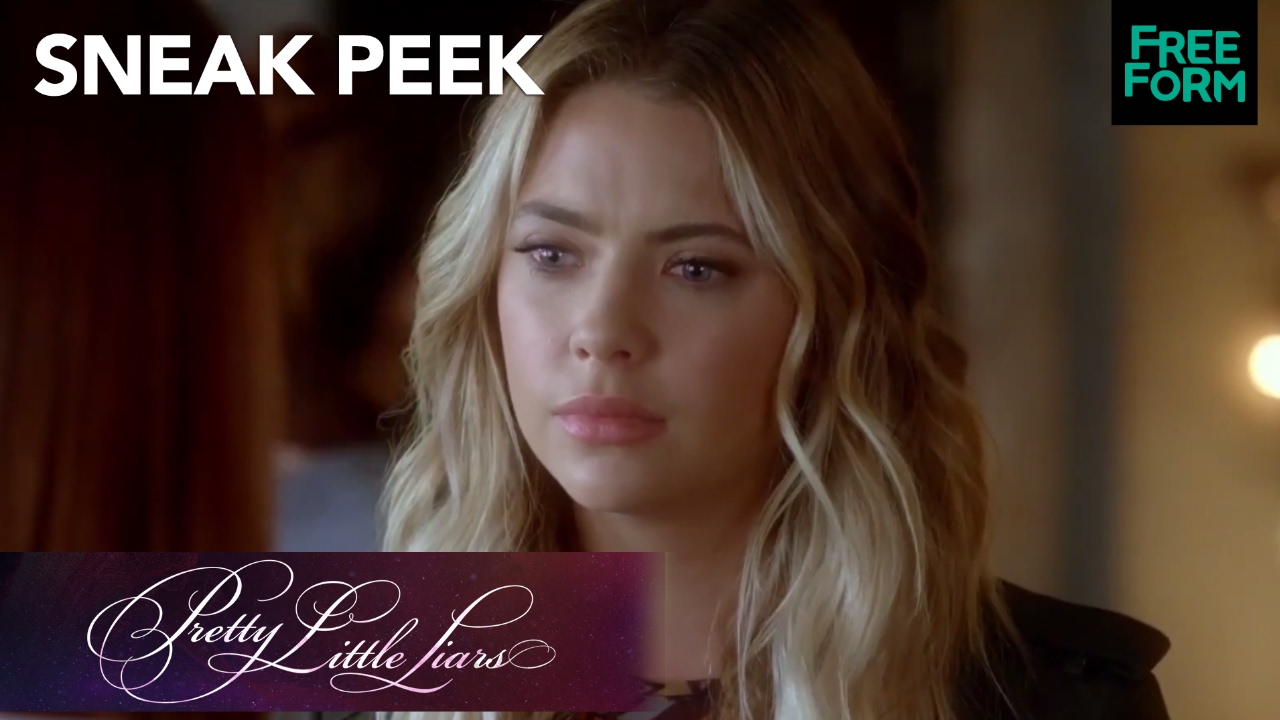 Don’t miss the final episodes of Pretty Little Liars on Tuesdays at 8/7c on Freeform! #PLLEndGame

About Pretty Little Liars:
Rosewood is a perfect little town. So quiet and pristine, you’d never guess it holds so many secrets. Some of the ugliest ones belong to the prettiest girls from town: Aria, Spencer, Hanna and Emily, four friends whose darkest secrets began to unravel after Alison, the queen bee of their group disappeared. As the mystery surrounding Ali’s disappearance resurfaced, the girls began getting messages from a mysterious “A,” who they quickly realized was out to get them. After years of tormenting and numerous shocking revelations, including the discovery that Ali is still alive, the Liars eventually uncovered the true identity of their tormentor. With “A” finally behind them, they are able to move on to the rest of their lives, without looking over their shoulders. Now, five years later, the girls have each pursued their own paths and have started adjusting to a life without “A,” when something happens in Rosewood that forces them to go back to where it all started. Torn between their old habits and their new lives, the events in Rosewood compel the Liars to stick around, and together, as relationships are once again put to the test and secrets are revealed. Having matured over the past few years, these are not the same girls who left Rosewood. As new lies emerge – how will they push forward without going back? The series stars Troian Bellisario as Spencer, Ashley Benson as Hanna, Lucy Hale as Aria, Shay Mitchell as Emily, Sasha Pieterse as Alison, Ian Harding as Ezra, Janel Parrish as Mona, Tyler Blackburn as Caleb and Laura Leighton as Ashley. I. Marlene King, Oliver Goldstick, Leslie Morgenstein, Joseph Dougherty and Charlie Craig serve as executive producers. The series is produced by Alloy Entertainment in association with Warner Horizon Television.