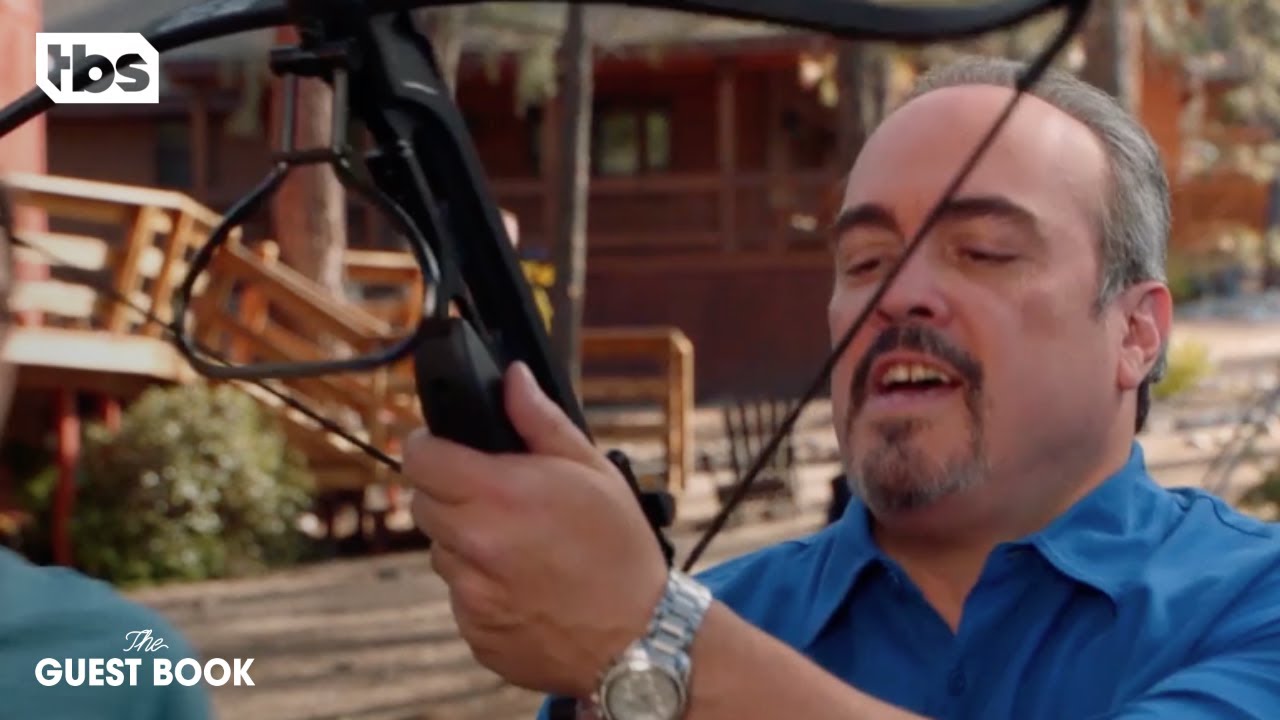 The line “Do not try this at home” doesn’t apply to the cottage. The Guest Book is all-new THURSDAY.

The Guest Book is an American anthology comedy television series created by Greg Garcia. The series, which stars Kellie Martin, Charlie Robinson, Carly Jibson, and Lou Wilson, is centered on the lives of employees of and visitors to a group of rental cottages in the small mountain town of Mount Trace. The regular cast plays residents in the town, while each episode is focused on a different guest star who plays an out-of-town vacationer. Garcia, who based the show on his habit of writing fake guest book entries while on vacation, will write all 10 episodes of the first season. The series premiered on TBS on August 3, 2017.