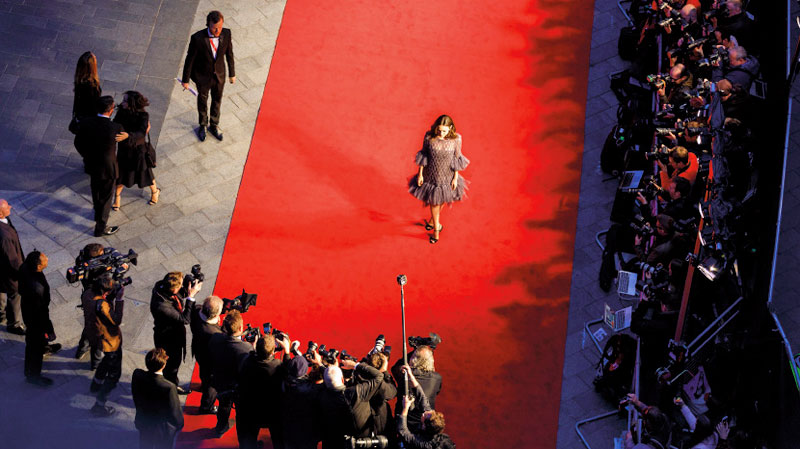 The 61st BFI London Film Festival in partnership with American Express today announces its full programme, featuring a diverse selection of 242 feature films from both established and emerging talent. This 12 day celebration of cinema illustrates the richness of international filmmaking, with films to delight and entertain audiences, and also films that probe and interrogate issues of significance.

The Festival is the UK’s leading and most prestigious film festival, representing one of the first opportunities for audiences – both the UK public and film industry professionals – to see the very best new films from across the globe, alongside an events programme with some of the world’s most inspiring creative talents. This year, the Festival will host 28 World Premieres, 9 International Premieres and 34 European Premieres and will welcome a stellar line up of cast and crew for many of the films.

The 242 feature programmes screening at the Festival include: 46 documentaries, 6 animations, 14 archive restorations and 16 artists’ moving image features. The programme also includes 128 short films, and 67 countries are represented across short film and features.

Each evening of the Festival sees a Headline Gala presentation at Odeon Leicester Square. Films in Official Competition and Strand Galas are once again presented at the 820-seat Embankment Garden Cinema following a successful inaugural year in 2016, with audiences and filmmakers alike praising its quality of cinema experience. This temporary venue, constructed to the highest technical specifications, brings the festival to even more people and connects screenings in the West End with the BFI’s home cinema at BFI Southbank.

Alongside the Galas, Special Presentations and films in Competitions, the Festival will show a thrilling range of new cinema in sections Love, Debate, Laugh, Dare, Thrill, Cult, Journey, Experimenta and Family – which provide pathways for audiences to navigate the programme. In 2017, the LFF presents a new strand, Create, featuring films that celebrate artistic practice in all its channels and forms the electricity of the creative process, reflecting London’s position as one of the world’s leading creative cities.

Audiences have the opportunity to hear some of the world’s creative leaders through the Festival’s acclaimed talks’ series LFF Connects, which features artists working at the intersection of film and other creative industries, and Screen Talks, a series of in-depth interviews with leaders in contemporary cinema. Participants this year include Julian Rosefeldt & Cate Blanchett, David Fincher, Demis Hassabis, Nitin Sawhney, Johan Knattrup Jensen, Ian McEwan and Takashi Miike.

As one of the few film festivals in the world to be staged in a production capital, the Festival takes its place as a jewel in the crown of London’s cultural calendar, channelling the excellence of one of the world’s most vibrant cultural cities, and highlighting the enormous wealth of talent working in film today, both behind and in front of the camera. Alongside the industry programme and Awards, the Festival proudly acts as a launch
pad for new as well as established voices, and supports filmmakers throughout their career aiming to interrogate how film and filmmaking reflects – and reflects on – our society.