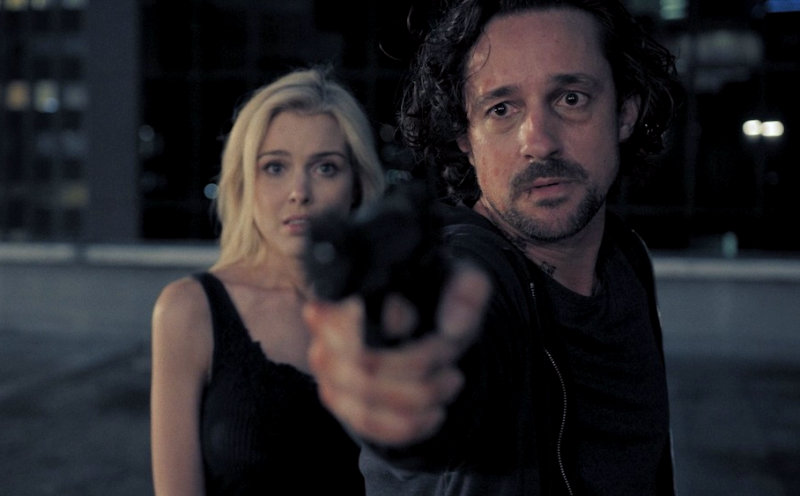 What a terrible movie, what’s the point in holding back, you might as well know now, watch this movie and you’ll be wasting your time and bored out of your mind.

I usually like to give a film the benefit of the doubt and try and find something positive, but really this one, well, just forget it.

Ethan (Thomas Ian Nicholas), is a taxi driver with insomnia and also on parole. He lives with Mia (Kelly Arjen) his younger sister, who has a drug problem and together with her problem boyfriend is in debt to a local loan shark.

I won’t go into too much detail but after Mia is killed Ethan ends up working for Kaden (Mickey Rourke) the loan sharks big boss.

It’s a revenge movie so Ethan gets to kill all the bad guys.

The actors all do their best with a really bad script and an uninventive done before storyline. Lou Diamond Phillips is wasted as Ethan’s court appointed psychiatrist, his scenes literally involved him just sitting behind a desk with a handful of lines.

Just forget about leaving fingerprints at crime scenes or being recognised by anyone even though you’re killing half the cast. These things are just ignored in this movie. So you should do the same and just ignore the movie.