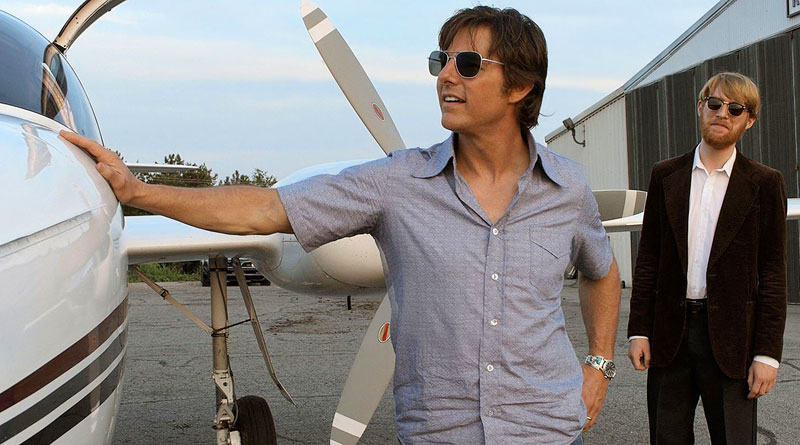 Set in the late 70s and 80s Tom Cruise plays real life character Barry Seal who, while working as an airline pilot for TWA, is recruited by CIA officer Monty Schafer (Domhnall Gleeson) to fly reconnaissance missions over Central America.

Being an expert and daring pilot he produced such good results he was then told to deliver guns which brought him into contact with the Medellin drug cartel who recruited him to add cocaine to his haul. About to be caught by the DEA, Barry got tipped off by his CIA handler and set up with his own airport in Arkansas which was expanded into a training ground for Central American Rebels supported by the CIA.

Paid by both CIA and the drug cartel Barry gained such huge amounts of cash that he literally didn’t know where to put it all. Eventually Barry’s luck does change for the worse and is caught by US law enforcement. However he is rescued by the White House who in turn recruit him to help them bring down the drug cartel.

All this is apparently history as American Made is based on a true story with an ending just as twisted as the rest of the plot.

American Made is an incredible film. How much of it is actual historic fact and how much has been embellished to make the movie more entertaining, I really don’t know. Regardless of this if the film portrays what generally happened and gets its point across to its audience then this has to be enough. Tom Cruise certainly turns in an entertaining performance as Barry Seal as does Sarah Wright who plays his wife and Domhnall Gleeson, Barry’s CIA handler.

In fact American Made is not just incredible film it’s a terrific watch and stunningly portrays the political and personal career motivations of many of those involved over the actual consequences to those in the field. Watch the movie, enjoy and then think about it.