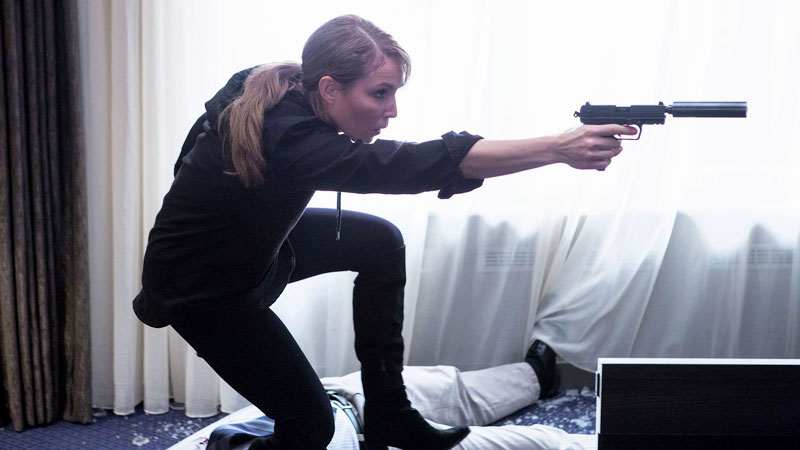 UNLOCKED stars Noomi Rapace as a CIA operative who’s haunted by her past failure and currently stays out of the field to avoid memories of a mission gone wrong.

She is tricked into working on a new case in the field and whilst believing she is still working for the CIA she reveals a terrorist plot only to later find that she has given the fake agents information that will lead to a major attack.

With double crosses all around and with the help of MI5 this London based movie is very well paced with lots of action.

Noomi Rapace nails down her character perfectly and she really makes this movie work well even though the first 10 minutes doesn’t really hold your attention, if you stay with it you’ve caught a good movie.

It would be good to see Rapace revive her character in a sequel and without giving away the ending this could happen, but unfortunately it probably won’t.

If you like action oriented spy movies this will definitely do the trick.