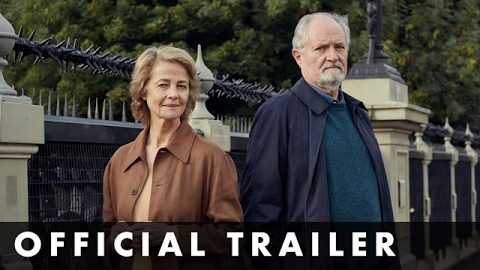 The trailer for THE SENSE OF AN ENDING, the film adaptation of British author Julian Barnes’ 2011 Man Booker prize-winning novel.

THE SENSE OF AN ENDING features incredible performances from some of the greatest long-standing and most celebrated British actors today; Jim Broadbent, Charlotte Rampling, Harriet Walter and Michelle Dockery. The film also stars some of the UK’s most exciting up and coming talent; Freya Mavor, Billy Howle and Joe Alwyn.
SYNOPSIS

The film follows Tony Webster, divorced and retired, who leads a reclusive and relatively quiet life. One day, he learns that the mother of his university girlfriend, Veronica, left in her will a diary kept by his best friend, who dated Veronica after she and Tony parted ways. Tony’s quest to recover the diary, now in Veronica’s possession, forces him to revisit his flawed recollections of his friends and of his younger self. As he digs deeper into his past, it all starts to come back; the first love, the broken heart, the deceit, the regrets, the guilt… Can Tony bear to face the truth and take responsibility for the devastating consequences of actions he took so long ago?