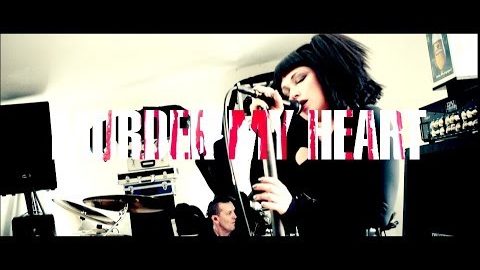 Following the release of the album teaser EP “YEAH !” one week ago, KMFDM finally reveal the title, cover artwork, track list and release date of their highly anticipated new studio album.
“HELL YEAH” will be released on August 18th, 2017 on earMUSIC.

On “HELL YEAH”, the legendary pioneers of industrial rock once again redefine themselves while, at the same time, staying true to their roots. KMFDM’s signature sound, a crossover between techno/dance and heavy metal is combined with sometimes political, sometimes ironic lyrics and an underlying humorous edge.

With its cover artwork having been created by Aidan Hughes aka BRUTE!, “HELL YEAH” will be available on 1CD Digipak, 2LP Gatefold and Digital.