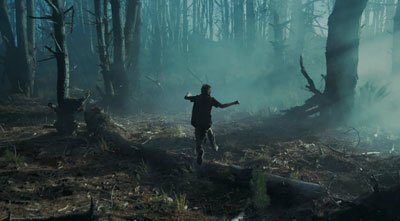 Lookouts is an amazing, beautifully shot short that deserves to be a feature length movie. The 12 minutes already produced is captivating, and 120 minutes will have the audience glued to their seats. I do want to see what happens next.

On their final trial as village LOOKOUTS, a troop of young scouts are ambushed by the very creature they were hunting. After a violent battle the lone survivor, Pehn, escapes into the shadows of the Eyrewood, a mysterious and deadly forest that is home to all manner of wild creatures. The most horrifying of all is the Basilisk, a winged titan with the power to turn its prey into stone. This is the beast the troop of LOOKOUTS were seeking, and now it hunts for Pehn.