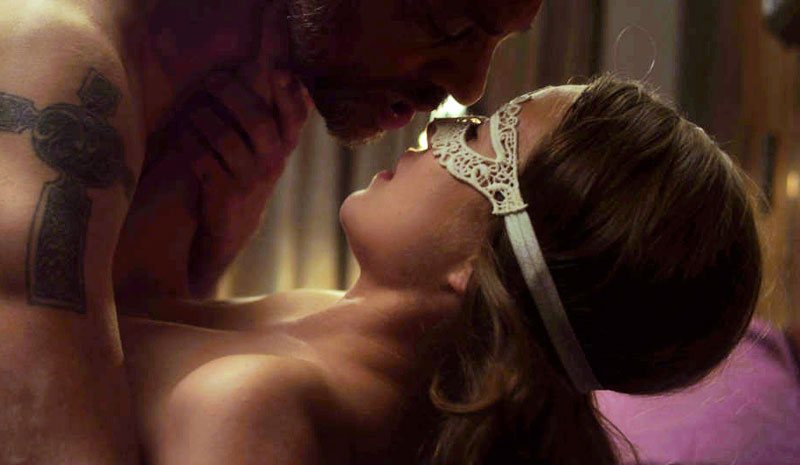 Please Note: The version of the film we have reviewed was supplied to us by the producers as a work in progress cut “press preview” and pre-premiere version without the final sound mix, color grading and few last editing touches.

For a twenty minute short, there is very little dialogue and the film almost plays like a silent movie. We observe Marta (Katie Alexander-Thom) and her husband Jake (Malcolm Jeffries) as they sit silently in a restaurant, drinking their coffees after a meal. Marta is drawing on a pad while Jake is accompanied by his phones tap tapping sound as he is sending someone a message. Marta pushes her pad across the table for Jake to see but he gives it an uninterested glace and goes back to tapping on his phone. Later on, Marta, checks her hair to see if there is any grey there, which there isn’t. So why is Jake so apathetic to her? 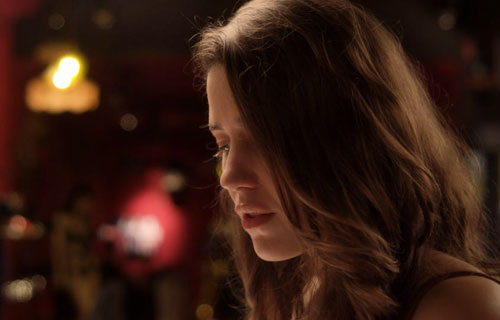 Andrea (Jolie Sanford), a neighbour, leaves a battered suitcase with Jake to look after as she will be away as she does not trust the builders who will be working on her place. Marta becomes curious who Andrea is and sends her a Facebook friend request, which she accepts. She looks through Andrea’s profile and photos which shows Andrea enjoying her life. This is in stark contrast to the wordless relationship on show between Marta and Jake. What must Marta do to re-ignite Jake’s ardour and bring back the passion into their lives?

Written and directed by Dekel Berenson, he has created a world where action, reaction, hidden desires and passions are successfully represented by the two leads, especially by Katie Alexander-Thom, who is in every scene. It is a quiet performance of a person who is trying to fix something that seems to be slipping away. Thankfully a majority of this short film is silent so that when there is dialogue between the two leads, not only does it seem jarring, the meaning can almost be interpreted differently by each viewer. While Marta and Jake’s marriage could have easily turned tragic as much of it is loveless, under the surface there is a lot more going on. The cinematography and editing is excellent throughout and as the first piece of three, there will be high expectations that parts two and three continue to deliver and exceed the quality of part one.

The Girls Were Doing Nothing is a study into the conflicting nature of love and the human soul – our basic needs for stability, comfort and routine which clash with equality strong desires for novelty, variety and freedom.

The Eros Trilogy is an anthology film consisting of three segments – The Girls Were Doing Nothing, Pick-up and The Surface of All Things (working titles). The three parts are stand-alone short films, each 25-35 minutes long, which were conceived as a single story, sharing the same underlining themes and style.