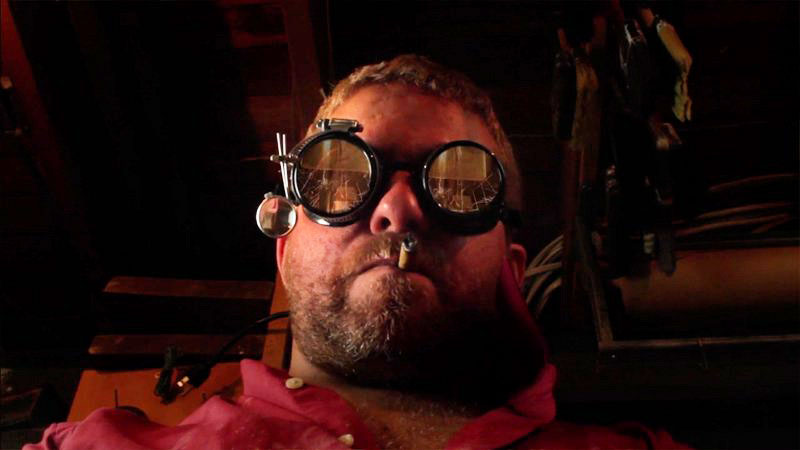 Matthew Mahler took the line of least resistance throughout the whole 11 minutes of ‘What Jack Built’; no effects, no monsters, no dialogue, no details, no back story and clearly no budget… but it works and it works very well indeed. Carried entirely by Timothy J Cox and in the full knowledge that I would never see what Jack was trying to catch, it held my attention to the end.

Mahler successfully entwines a dark, brooding atmosphere with a little humour. We know absolutely nothing about Jack or the world around him but it is this sparsity that gives the film its edge. With no insight into the wider world, the narrow visual window we do have leaves a gaping hole of mystery and tension.

Cox is a delight to watch, seamlessly flipping between self-assured cigar smoking mad scientist and worried man-on-a-mission with a tight deadline, reminiscent of the melodramatic characters seen in so many cult horror classics.

The editing is sharp and snappy and the music a perfect addition, successfully sweeping the viewer along in a torrent of suspense that could so easily have been lost with a less effective soundtrack and when it comes to the crucial moment of needing to represent the ‘monster’, Mahler turns the camera on itself and we see the world through the eyes of the beast, a clever little budget friendly trick that really works.

With a clear ability to turn almost nothing into a gripping little drama, Mahler proves that he has the creativity and flair to carve a successful career as a filmmaker.