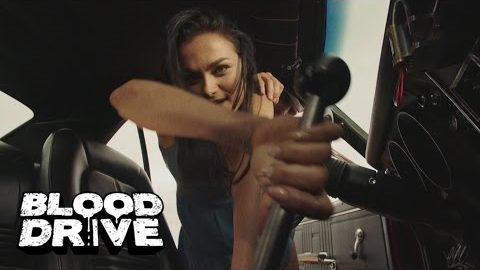 Pucker up, for the nastiest, filthiest, cross-country death race driven by blood you’ve ever seen. Coming to the Syfy Cable Channel June 14.